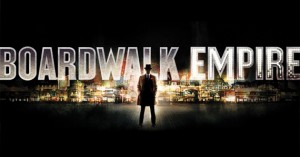 HBO’s ‘Boardwalk Empire‘ is still adding new cast members  to make Season 4 a magnificent one. Patricia Arquette, member of the Arquette acting dynasty, has joined the mob drama in a recurring role alongside Steve Buscemi.  Arquette will play Sally Wheet, a tough Tampa speakeasy owner with connections to local mobsters. This is her first major series return since her seven seasons on NBC/CBS ‘Medium‘.  Season 4 is planned to debut later this year.

In addition to Arquette, ‘Boardwalk Empire‘ has also added new regulars Ron Livingston (Office Space) and Jeffrey Wright (Extremely Loud and Incredibly Close). Brian Geraghty (Flight) and Eric Ladin(Cursed) have also been added in recurring roles. As a huge fan of the show, I am pumped about the addition of all these cast members, especially Arquette. I think these people will fill in the holes in cast that were killed off in the previous seasons.  I cannot wait until Season 4 comes out late this year!!