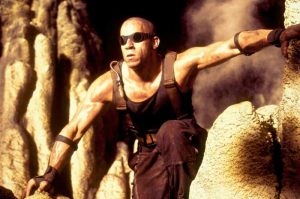 MGM and Vin Diesel are teaming up for for a new action comedy called “The Machine”, with Adam Shankman (Rock of Ages) directing. Thomas Lennon and Robert Ben Garant (Night at the Museum) have written the script while Shankman’s “Offspring” partner Jennifer Gibgot will be the executive producer on the project.

This is not the first time Diesel and Shankman have worked together. The duo worked on “The Pacifier” together. This movie will have Diesel playing a human like machine that was created in secrecy by the Pentagon as a true ultimate weapon, until decommissioned and buried. He is dug up by a child 20 years later and ends up protecting the family harboring him from the government. It’s the type of movie that has been done over and over again, but with Vin Diesel being in it, I am happy.