The FX Network Will Launch a New Network Called FXX!!! 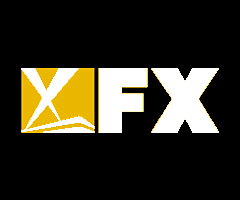 The FX network has just confirmed that it will be launching a new network called FXX on September 2nd of this year.  This means that FX will have three networks as it needs the space for it’s major increase in original programming. FX president John Landgraf said that it hopes that FX would double its original programming to 25 original series within a few years to compete with the major networks.

The three channels will target different demographics. FX will continue to cater to adults 18-49, FXX will target adults 18-34 and FXM will go after adults 25-54. “They will share DNA and similar sensibilities for viewers interested in smart, cutting edge programming.” FX plans to increase its drama series to 7 original dramatic shows and ramp up its comedy series to 6 original shows. FXX will focus more on the comedy side of things. Add to that a new logo and brand change which will be FX Fearless.

This is huge news for potential talent out there looking to get a show made.  I just hope they have a few hits on their hands.  I know one of them will be, which is Guillermo Del Toro’s ‘The Strain’ horror series. i can’t wait.