Richard Donner and Steven Spielberg Are Prepping A ‘Goonies’ Sequel!!! 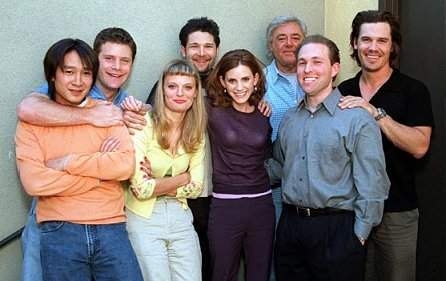 Water slides. Rich stuff. Booby traps. One Eyed Willie. Yes, folks.  We are finally getting a ‘Goonies‘ sequel that we have all been wanting for 20 years. Director Richard Donner and producer Steven Spielberg have just announced they got the green light from Warner Bros. to go forward with a sequel to ‘The Goonies‘.  They have a script already, which was written by Garth Jennings.  Jennings wrote and directed ‘Son of Rambow‘ and the recent ‘Hitchhikers Guide to the Galaxy‘ film.

Spielberg revealed that Jennings’ script takes place present day and found a way to bring every character back to Astoria for one more adventure.  Donner stated, “We have a great script now that brings every character back 25 years later for the ultimate adventure.” Spielberg added, “We’ve talked with everyone, and all are excited to work together again.” Filming is said to start late summer with an anticipated summer 2015 release. No word on if the Fratellis would still play a role in the sequel, but Sloth is a key character according to Spielberg.

No other details were given. I’m curious to see if they get Cyndi Lauper to do a new song for the film. How cool would that be.  It’s going to be amazing to see Josh Brolin, Sean Astin, Corey Feldman, Martha Plimpton, Kerri Green, Ke Huy Quan, and Jeff Cohen reprise their roles present day.  Chunk lives to fight another day.

In a perfect world, this would all be true.  However, none of it is right now.  Happy April Fool’s Day.

Click Here to see Spielberg and Donner talk about ‘Goonies 2’.