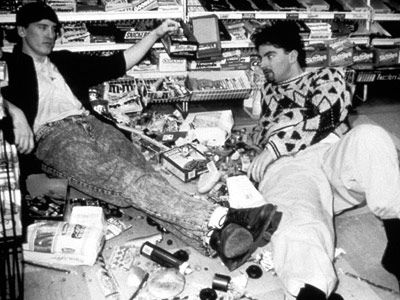 Kevin Smith has taken to his social media accounts to announce that he woke up early this morning and started writing ‘Clerks III‘. This is great news as I always love to see how Randle and Dante are doing from time to time. Unfortunately, it doesn’t look like we will get his hockey movie anytime soon, which has gone back and forth from being a film, to a tv series, to a web series, to anything and everything else.

Smith as of the past couple of years is heavily involved in his smodcasts and touring the globe with his friends talking about his life and upcoming projects. Say what you will about the guy, he is a great writer and great speaker and I for one look forward to ‘Clerks III‘. I secretly want him to go back to his old ‘Clerks‘ cartoon and make a feature film from that, or have someone like Netflix pick up the rights and make another season.

THE BEGINNING OF THE END
20 years ago today, we started shooting CLERKS.
20 years later, with no plan or provocation, I jumped out of bed at 4:20 this morning and started writing CLERKS III.
It’s been like hanging out with old friends.
And after 2 hours of tapping the keys and giggling, I have come to a conclusion…
CLERKS III will be the best film I’ll ever make. 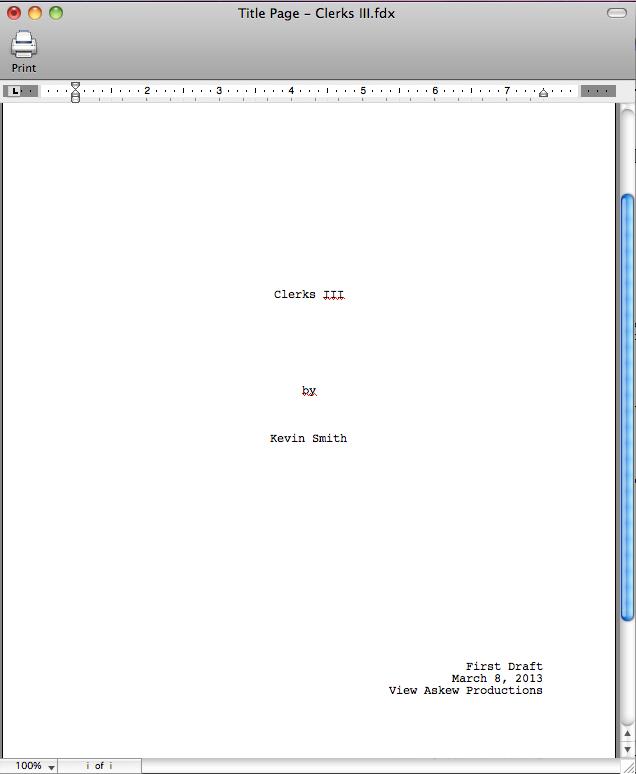