Halle Berry Will Return as Storm in Bryan Singer’s ‘X-Men’!!! 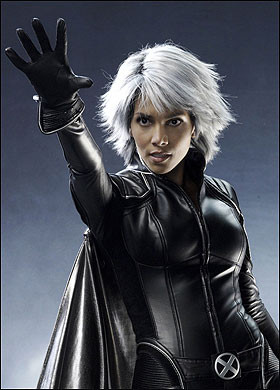 Yes, there is more ‘X-Men‘ news.  It seems that every actor in Hollywood is joining Bryan Singer’s new ‘X-Men‘ film. Now we hear that Halle Berry will reprise her role as Storm in ‘X-Men: Days of Future Past‘. She joins her old cast-mates, Anna Paquin, Shawn Ashmore, Hugh Jackman, Ellen Page, Ian McKellen, Patrick Stewart, and the recently joined Omar Sy.

Not to mention Singer has a role for ‘Game of Thrones‘ star, Peter Dinklage.  I hope this is as good as the last ‘X-Men‘ film and not as bad as the Brett Ratner sequel. I also hope Storm gets her day here, as the other two films she was in, she gets her ass handed to her and doesn’t seem very tough. I hope for the best.