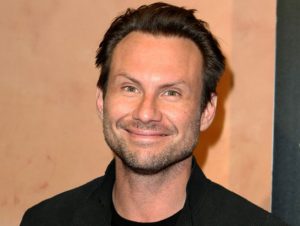 It looks like ABC is creating a new drama called “Influence” with Christian Slater as Steve Zahn as lead characters. The show is centered around two brothers, Clark (Zahn), a bipolar genius in human psychology, and Ross (Slater) who is an ex con. The both work together to solve their clients problems with real science and manipulation.

The show sounds like a carbon copy of every other crime drama that is on TV. I do like Slater’s work and know that he can carry a show no problem. I hope that this show from Kyle Killen, (‘Awake‘ creator) can survive ABC and their reputation for cancelling shows too soon. I think Zahn and Slater will have enough draw to keep the series on for at least one season.

Since Zahn is committing to this series, I wonder what’s in store for his character on HBO’s ‘Treme‘. Hopefully he will still be in the next seasons.