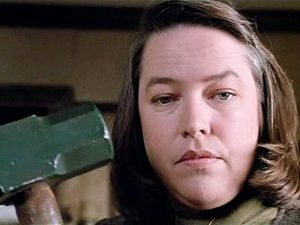 ‘American Horror Story‘ fans, hang on to your seats. Kathy Bates is nearing a deal to join the show as Jessica Lange’s nemesis for Season 3. Bates will play Lange’s BFF and then do a 180 turn throughout the season. Obviously, Bates can play this role perfectly since she was amazing in Stephen King’s ‘Misery‘.

Ryan Murphy, series co creator, is as tight lip as ever about the show, but he promises that Lange will be glamourous in the new season. He also says that even though the show will take place in modern day, there will be a lot of historical flashbacks with different time periods and cities. The new season will also reunite Lange with vets Lily Rabe, Evan Peters, and others.

I can’t wait to see what Kathy brings to the table here.   Your thoughts?