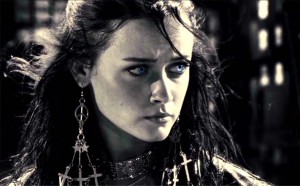 Alexis Bledel, of ‘Gilmore Girls‘ fame, is set to star in Fox’s and new comedy, ‘Friends and Family‘ alongside Jason Ritter. You might remember Ritter from his roles on ‘Parenthood‘ and ‘The Event‘, along with him being the son of the late great John Ritter. The concept, taken from the UK series ‘Gavin & Stacey‘,  is for Gavin (Ritter) and Stacey (Bledel) to try to keep their relationship going with all the differences that hit it.

The show, written by David Rosen, is a single camera show and looks to be pretty decent. Fox has had a lot of comedic hits throughout the years, so I expect this to be a huge hit. And let’s not forget Bledel’s recent stint on  AMC’s ‘Mad Men‘, where I hope she makes another appearance this upcoming season. Rosen’s claim to fame is the TV series, ‘I Just Want My Pants Back‘, which co-starred Chris Parnell.