Sean Bean To Star in ‘Jupiter Ascending for the Wachowski Siblings!!! 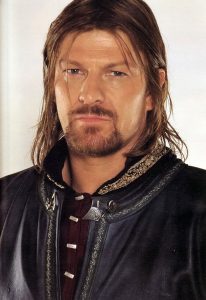 The Wachowski siblings are hard at work on their new sci-fi epic ‘Jupiter Ascending‘, and they have cast Sean Bean to star in their new flick. Lana and Andy Wachowski are hot off their press tours and resting at least for a bit now from their recent ‘Cloud Atlas‘ film, which we just found out that the blu-ray release of that film has been delayed a a few weeks.

Bean will play Stinger, which is described as a Han Solo type of character.  Bean joins Channing Tatum, Eddie Redmayne, and Mila Kunis in the film.  I wonder how Bean will die in this one, as he dies in pretty much every film he’s in.  I still get misty eyed with his death in HBO’s ‘Game of Thrones‘. This flick is shaping up nicely and I have no doubt that the Wachowski’s will do a stellar job.

Synopsis: Imagine a universe in which “human beings are just the Cro-Magnons, or even the Australopithecines, of what beings can ultimately go on to become in the galaxy,” explains our source, before adding, “It’s a return to form for [the Wachowskis], because these higher forms of life are watching us from other, albeit this time non-meta worlds, but actual, other worlds, as in planets and moons.”

“A recent Russian immigrant — played by actual Ukrainian immigrant Mila Kunis — who is busily scrubbing toiletsfor a living. Unbeknownst to her, she actually possesses the same perfect genetic makeup as the Queen of the Universe and is therefore a that to her otherwise immortal rule.”

“These evolved beings fall into various different groups, all of which share some human DNA but who have become evolved after being bred with animal DNA to heighten their best characteristics — e.g., soldiers getting their fearlessness, strength, and a pack mentality from wolves; workers getting their industriousness and reputation for diligence from bees.”