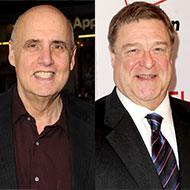 Amazon is looking to get into the original programming, much like Netflix has done. With the announcements of Netflix’s new season of ‘Arrested Development‘ and their new series ‘House of Cards‘ starring Kevin Spacey and costin $3 million an episode, I sure think Amazon has some tough work ahead of them if they want to compete. And I think by this news, they are off to a good start.

John Goodman will be starring in ‘Alpha House‘ for Amazon, which is a show about four U.S. Senators who rent a big house together in D.C. Goodman’s character will play a senator from North Carolina. Where as Jeffrey Tambor , who is in Netflix’s ‘Arrested Development‘ is set to star in ‘The Onion Presents: The News‘, which is a comedy based series that focuses on the behind-the-scenes of the Onion New Network.  Tambor will play the well-respected new anchor of the company and will do anything to keep his job, according to Deadline. It sounds like it will be like HBO’s ‘The Newsroom‘, but very funny.

Back to ‘Alpha House‘, Goodman’s character name will be Senator Gil John Biggs, who thinks bigger is better with everything. Biggs was a former basketball coach who was well liked, but is now a senator, and now the Duke head-coach wants his seat in the senate.  Sounds like a winner to me. I just hope they cast Jeff Bridges and Steve Buscemi in this series as well.  This story is based on truth whereas actual politicians Chuck Schumer, Dick Durbin, George Miller, and Bill Delahunt shared a rented house in D.C. a few years ago.

This shows could be great, and for one am looking forward to new original programming. I’m curious to see if other companies like Netflix or Hulu or Amazon plan on getting in the original programming market, because let’s face it, the other newtorks like NBC, ABC, and Fox are to involved with awful reality programming.