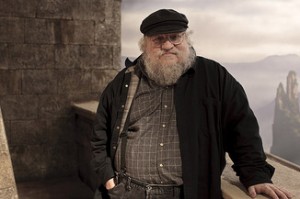 Good news, everyone! HBO has just signed George R.R. Martin to a two year deal in which he will stay on ‘Game of Thrones‘ as well as develop new projects for the pay cable company. Martin wrote the books ‘A Song of Ice and Fire‘, which one of the books is ‘Game of Thrones‘. Martin has already written several of the episodes of ‘Game of Thrones‘ and season 3 is set to start March 31st.

It’s not known yet what Martin will do, but rest assured, we think he’s going to create some new series for HBO, which is great for everyone.  I just hope that this doesn’t interfere with his next novel and work on ‘Game of Thrones‘. Martin has also worked on ‘The Twilight Zone‘ and the original ‘Beauty and the Beast‘.  Can’t wait to see what Martin does.