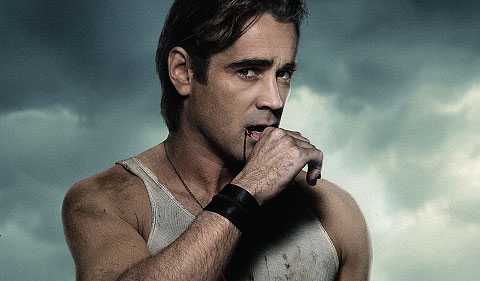 Colin Farrell is in final talks to join Anthony Hopkins in a new supernatural thriller titled ‘Solace‘, which Afonso Poyart will helm. The project will begin shooting in May and has a whopping four different writers, which has me leery of how good this could be. The writers are Peter Morgan, Ted Griffin, James Vanderbilt, and Sean Bailey, which Bailey is the current president of production over at Disney.

That shows just how long this project has been in development and has tried to get off the ground over time, but never has until now. The story centers around and FBI detective who seeks the help of a retired doctor to help solve some really grisly and horrific murders. This doctor, who will be played by Hopkins, was the best in the business, but left due to his daughter’s untimely death, and now the detective wants the doctor to come out of retirement and help him with one last case.

You’d think that Farrell will play the part of the Detective, but that’s not happening. He will play the part of the serial killer they’re after, which is amazing.  Farrell was so good in the sub par remake of ‘Fright Night‘, and from his creepy and sadistic performance in that, i think he will be a perfect serial killer. The Detective has yet to be cast, but I have a suspicion on who it might be.

This has potential, You thoughts?