Bryan Cranston and Elizabeth Olsen Might Join The ‘Godzilla’ Reboot!!! 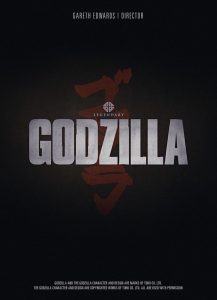 As we’ve reported before, Frank Darabont is hard at work, writing the ‘Godzilla‘ reboot as the studio is rounding out its cast. Last time we checked in, Aaron Johnson (‘Kick-Ass‘) was the top choice to star in the giant lizard remake. However now, Bryan Cranston and Elizabeth Olsen are being courted to co-star in what seems to be an actual decent project of the iconic monster.

Filming is expected to begin in March with a May 16th, 2014 premiere. If filming is to begin next month, I’d expect within the next week or so, most of the cast to be unveiled. Aaron Johnson is finishing up ‘Kick-Ass 2‘ right now, while Bryan Cranston is just about done with his epic series on AMC, ‘Breaking Bad‘, which has only eight episodes left.  Olsen has been looking for this type of project to add to her resume, which includes ‘Martha Marcy May Marlene‘ and ‘Liberal Arts‘. I hope both Cranston and Olsen join this project.

Let it also be known that Olsen was in talks to start in the ‘Teenage Mutant Ninja Turtles‘ reboot as well as the sequel to ‘Captain America‘, but nothing has been finalized on that yet. But, it looks like ‘Godzilla‘ might be her goto project. And Cranston’s schedule is about to be wide open as well for bigger roles in features. The ‘Godzilla‘ remake will be directed by ‘Gareth Edwards‘, director of the amazing film ‘Monsters‘.