Warner Bros. Is Prepping Another Version of Homer’s ‘The Odyssey’, Which Will Be Set Innnnnnnnn Spaaaaaaaace!! 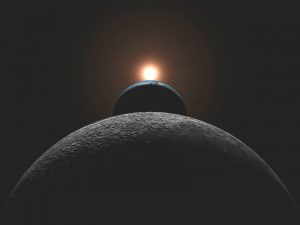 I guess someone at Warner Bros. really liked the Coen Bros. ‘The Odyssey‘ adaptation, which was ‘O’ Brother Where Art Thou‘, and thought “Let’s do the complete opposite of that”, meaning instead of having it old-timey, let’s make set in the future and in space.  That’s how I pictured it going down when I heard that Warner Bros. is moving forward with a new adaptation that has Homer’s Odyssey set in outer space.

The studio has hired James DiLapo to write the script for the film.  Who is James DiLapo?  Well he just graduated from NYU last summer. He’s pretty young, although he did win the Nicholl Fellowship for his first script ‘Devils At Play‘, which is set in 1930’s Soviet Union, according to Deadline.

As we all know, ‘The Odyssey‘ is the follow up to ‘The Illiad‘, and this re-imagining of ‘The Odyssey‘ in space was the idea of Terry Dougas, which at one point had Brad Pitt attached to star, even without a script.  Well we know Pitt was already in ‘Troy‘, so it would only be fitting for him to star in this one.  I expect a way too big budget for this one with a stellar cast.  However, I don’t see this being quality.

I could only hope that they get the Coen Bros. back to make a sequel to ‘O’ Brother Where Art Thou‘ along with George Clooney, Tim Blake Nelson, and John Turturro and make a future story with the same characters set in space, complete with music.  I’d watch that.