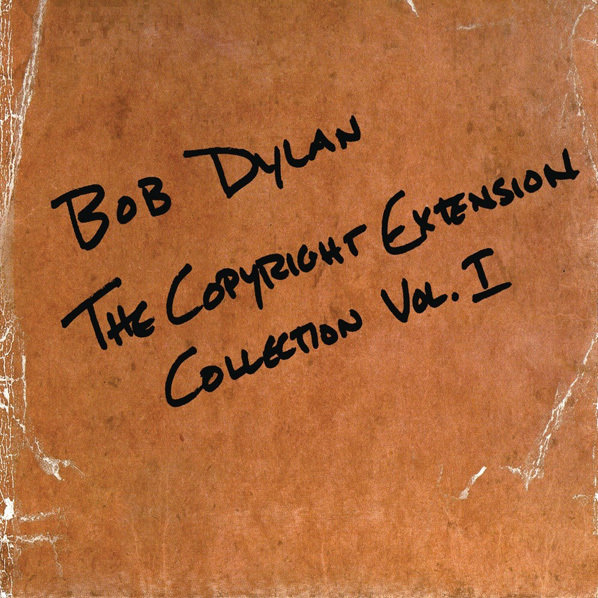 There’s been an awful lot of buzz going ’round the web the last few days over the latest Bob Dylan release, called “Bob Dylan: The Copyright Extension Collection, Vol. I,” which sadly to us US fans, is only available in Europe and limited to a mere 100 copies.

In an blatant, outright attempt by Dylan’s record label to hang onto their copyrights of his early 1962-63 material, Sony Music released a 4-CD collection of demos, outtakes and live recordings, in order to take full advantage of Europe’s extension on copyrights from 50 years to 70 years. According to the new laws that go into effect in 2014, in order for copyright holders to extend their copyright control, the music in question has be be physically distributed, otherwise the material gets lost to public domain. So essentially, this collection of Dylan rarities isn’t really for fan enjoyment, but rather for Sony Music to keep their grasp on these Dylan recordings for a little while longer.

Obviously, there isn’t much rule as to what constitutes ‘distribution’ in Europe, as there were only 100 copies of the collection to go around. The collection features a plain, brown paper cover with black writing (see above), with simple track listing insert and practically no artwork on the discs.

No news as to whether or not there will be a wide release of these recordings, but should you be willing, you can pony up the few thousand dollars these things are commanding on eBay, already. However, lucky fans in France and Germany can download these recordings from Dylan’s website. (I’m sure there are a few other places online to find these recordings for download, if you look hard enough.)

If the executives at Sony Music are smart enough, and I’m sure they are, seeing as Dylan equals ‘$$$ signs’ worldwide, they are already working on more ‘Bootleg Series’ releases for these early recordings and beyond. Even after Sony’s copyrights on Dylan’s catalog expire, and possibly become public domain, there will always be a strong demand for his work. After all, William Shakespeare has been dead for nearly 400 years, and we’re still clamoring for his work. So get with it, Sony…give the people what they want.