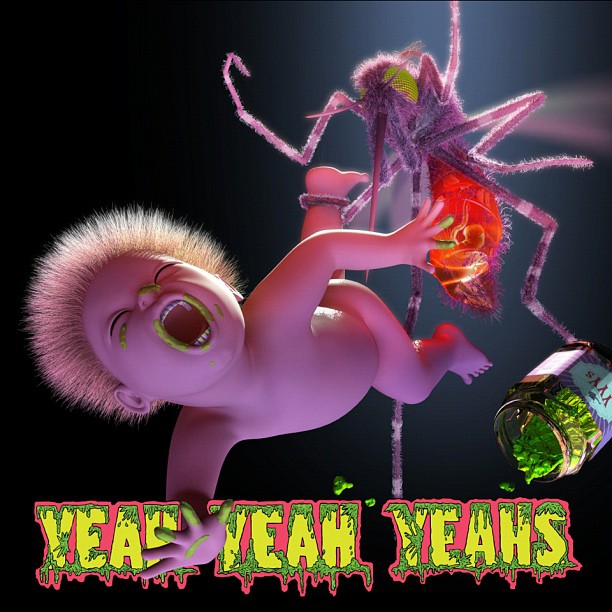 As if there weren’t enough kick ass albums coming out this spring, THE YEAH YEAH YEAHS HAVE A NEW ALBUM COMING OUT APRIL 16TH CALLED “MOSQUITO!” All we can say is YEAH YEAH YEAH, MOTHERF*CKERS!!!

We got word via Instagram this morning of the YYY’s new album release, coming out just in time to blow our tax refund checks. And in case you were wondering, yes…this is the album artwork for the new LP. Check out the swell teaser trailer for the new album, featuring a very platinum blonde Karen O!

It’s been roughly four years since we’ve had the please to hear new YYY songs, and this album couldn’t come at a better time! Some lucky fans were treated to new songs during their ‘Concert for Sandy Relief’ gig back on December 8th, 2012.

Pre-orders for the deluxe CD and LP editions of the album are available now, which comes with a signed 12″ x 12″ lithograph for the first 1,000 orders worldwide. Trust me, you’re gonna want this.