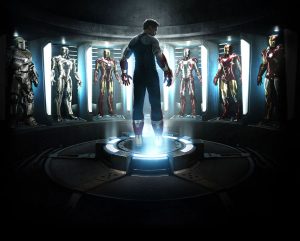 Disney and Marvel just announced that the 3rd ‘Iron Man‘ film will be released in IMAX 3D, meaning the final version of the film will be remastered for the impressive format.  This also means higher ticket prices for all of us.  So far, the last two ‘Iron Man’ films have grossed over $1.2 billion in the box office, and with this new film having higher ticket prices, I wouldn’t be surprised if this new movie were to surpass the $2 billion mark for all three flicks.

‘Iron Man 3‘ is set to open up May 3rd, where other countries will see it April 25th.  Official Synopsis: Marvel’s “Iron Man 3” pits brash-but-brilliant industrialist Tony Stark/Iron Man against an enemy whose reach knows no bounds. When Stark finds his personal world destroyed at his enemy’s hands, he embarks on a harrowing quest to find those responsible. This journey, at every turn, will test his mettle. With his back against the wall, Stark is left to survive by his own devices, relying on his ingenuity and instincts to protect those closest to him. As he fights his way back, Stark discovers the answer to the question that has secretly haunted him: does the man make the suit or does the suit make the man?