Check Out the Trailer for ‘The Last Exorcism 2’!! 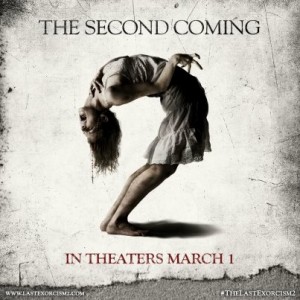 Now we have a trailer.  Last week, we had the poster.  So instead of the found footage angle, we get a straight narrative film and it looks decent enough.  I really enjoyed the first film a lot, and I hope they will have the same momentum with this sequel.  Hopefully this doesn’t go the way ‘Blair Witch‘ did, because these two sequels are very similar in terms of style.  Whatever the case may be, I’m up for another exorcism and Eli Roth does some good producing.

Official synopsis: Continuing where the first film left off, Nell Sweetzer (Ashley Bell) is found terrified and alone in rural Louisiana. Back in the relative safety of New Orleans, Nell realizes that she can’t remember entire portions of the previous months only that she is the last surviving member of her family. Just as Nell begins the difficult process of starting a new life, the evil force that once possessed her is back with other, unimaginably horrific plans that mean her last exorcism was just the beginning.