HBO Teams Up With ‘King of the Hill’ Duo Mike Judge and Scott Rudin For Comedy Series!!! 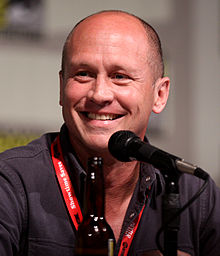 HBO has picked up a project to goto pilot called ‘Silicon Valley‘, the brainchild from ‘King of the Hill‘ and ‘Beavis and Butthead‘ creator Mike Judge.  His creative team John Altschuler, Dave Krinsky, and Scott Rudin will all produce.  John, Dave, and Mike wrote the pilot, which is set in, you guessed it Silicon Valley.  The show will center on a group of people who work in the technology sector of a company where the most qualified people succeed are the least capable of handling their success according to Deadline.

Judge is no stranger to the corporate world as he directed the cult classic film ‘Office Space‘, which dealt with corporate America.  Judge will also direct the pilot himself and is slated to begin production next spring. I don’t see why this won’t be ordered to a full series.  Everything Judge does turns to gold.  Plus HBO is gearing up their comedy slate with Christopher Guest‘s ‘Family Tree‘ and Stephen Merchant‘s ‘Hello Ladies‘.  I imagine there will be quite the comedy lineup next year.

3 thoughts on “HBO Teams Up With ‘King of the Hill’ Duo Mike Judge and Scott Rudin For Comedy Series!!!”