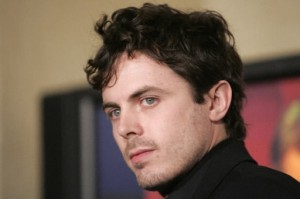 Casey Affleck has been developing a project with fellow screenwriter Chuck Maclean about the infamous Boston Strangler, who terrorized the Boston area in the 1960s.  Casey and Chuck sold the story to Warner Bros. and is currently titled ‘Boston Strangler‘ and will center around a group of detectives known as the Strangler Squad who hunt for the killer.  Affleck will most likely star in the film and will also be an executive producer.

Chuck will pen the script and is said to be a cross between ‘Se7en‘ and ‘Zodiac‘ and will span one of the USA’s most bizarre and unsolved serial murders in history.  A guy named Albert DeSalvo was convicted of several crimes that were unrelated to the Boston Strangler case, although the media spun DeSalvo as the actual Boston Strangler. There are still theories that there was more than one killer in the Strangler murders and that DeSalvo was just a small part out of a bigger crime ring.

The actual film will follow one specific detective (most likely Affleck) who puts everything on the line to solve this case and also battles a political cover up by corrupt politicians and lawyers.  I have a feeling this is going to be very good.  And for you Texas fans, Affleck is working on project that follows Texas Rangers player Josh Hamilton.