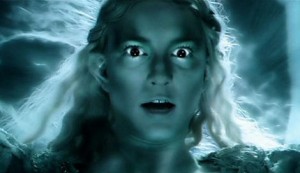 Since there has been two live action ‘Snow White’ films over the past year, it only seems fitting that Disney is looking to revamp all of their animated classic titles into the live action realm.  Next up seems to be ‘Cinderella’, and let’s hope they are better than the ‘Snow White’ versions.  Actress Cate Blanchett looks to be joining the project as Lady Tremaine, the wicked stepmother.

Mark Romanek will direct the film, which made the amazing yet frightening film ‘One Hour Photo’, which starred a seriously disturbed Robin Williams.  Romanek also directed Michael Jackson’s short film/music video ‘Scream’.  The script was written by Chris Weitz and looks to have some real talent behind this project.  But who knows?  Now we just need a live action version of ‘Lion King’.