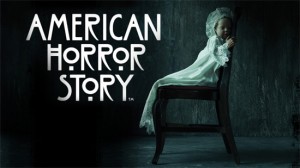 FX has ordered the next book of the award-winning miniseries American Horror Story, picking up 13 hours of a new miniseries from Twentieth Century Fox Television, it was announced today by John Landgraf, President and General Manager of FX Networks.  Production of the untitled AHS will begin next summer and premiere in the fall of 2013. Congrats to everyone involved with this series.  Can’t wait to see what they have planned for a third season.

“With American Horror Story: Asylum, Ryan and Brad have raised the bar in every way from Murder House, the first American Horror Story miniseries,” said Landgraf.  “And their original idea—the notion of doing an anthological series of miniseries with a repertory cast—has proven groundbreaking, wildly successful and will prove to be trendsetting.   We can’t wait to see what deviously brilliant ideas they come up with for their third miniseries.”

“The American Horror Story anthology is a labor of love for all of us and we could not be prouder of the work our brilliant company of actors and everyone on the production team is doing this year,” said Murphy. “To John and our friends at FX and Dana Walden and Gary Newman at 20th, we thank you for your vote of confidence — and to our loyal audience, keep watching!”

Following the success of the inaugural miniseries American Horror Story, the award-winning Co-Creator/Executive Producer/Writer/Director Murphy announced thatAHS would be a new show every year with no relation to any prior version of AHS. Each book will feature an entirely different theme, setting and characters, even though many of the actors will return to the program in entirely new roles.