NBC’s ‘Office’ Spinoff Starring Dwight Not Happening After All!!! 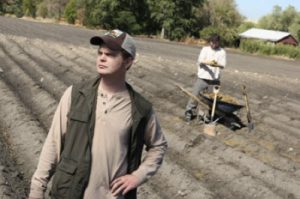 Remember that spin-off ‘Office‘ series we have been talking about for the last few months on here?  You can catch up HERE.  Well it seems that the Dwight Schrute centric series, ‘The Farm’ is no longer on the table, meaning that the series finale of ‘The Office’ next year will be the last we see of Dunder Mifflin and its employees.

There will be an episode of ‘The Office’ that will air as the pilot for ‘The Farm’, but rumors started getting around about the demise of the show.  Then Rainn Wilson took to his twitter account and confirmed it by saying,  “NBC has passed on moving forward with The Farm TV show.  Had a blast making the pilot – onwards & upwards!”

It’s a strange decision by NBC, which they are keeping quiet about, but to cancel something that hasn’t even aired yet is a bit weird.  Hopefully more info comes available soon.  I was actually looking forward to a Dwight centric series where he lived on the Schrute beet farm and bed and breakfast.  This could have been great.