James Cameron’s Next Project After the ‘Avatar’ films will be ‘The Informationist’!!! 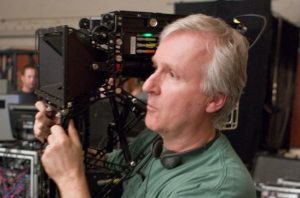 Lightstorm Entertainment has acquired motion picture rights to the acclaimed 2011 novel The Informationist by Taylor Stevens, as vehicle for James Cameron to direct for 20th Century Fox Film.   The Informationist  will be a project for Cameron after he completes work on the second and third “Avatar” films, which are currently in pre-production.

Published in October 2011, Stevens’ tale centers on Vanessa “Michael” Munroe, an information specialist, whose work is in-demand by  corporations, heads of state, private clients, and anyone else who can pay for her unique brand of expertise.  When a Texas oil billionaire hires her to find his daughter who vanished in Africa four years ago. Munroe finds herself back in the lands of her childhood.  Betrayed, cut off from civilization, and left for dead, she must come face-to-face with the past that she’s tried for so long to forget.

Cameron will produce with Lightstorm partner, Jon Landau. The producers expect to hire a writer to adapt the novel shortly.

Jim Cameron stated: “Taylor Stevens’ Vanessa Michael Munroe is an intriguing and compelling heroine with an agile mind and a thirst for adventure.  Equally fascinating for me is her emotional life and her unexpected love story.  I’m looking forwarding to bringing Vanessa and her world to the big screen.”

Added Landau: “This was an opportunity to continue our relationship with Fox and Jim Gianopulos beyond the ‘Avatar’ films. We were drawn to this book because of the terrific, compelling narrative and the character, who typifies the strong female protagonists that have inhabited Jim’s work – in this case Vanessa Munroe is essentially a mix of Lisbeth Salander and Jason Bourne.”

A second “Vanessa Michael Munroe” novel, The Innocent, was published earlier this year.

Author Taylor Stevens has a background every bit as intriguing as her heroine’s.  Born in New York State, and into the Children of God, an apocalyptic religious cult spun from the Jesus Movement of the ’60s, Stevens was raised in communes across the globe. Separated from her family at age twelve and denied an education beyond sixth grade, she lived on three continents and in a dozen countries before reaching fourteen. In place of schooling, the majority of her adolescence was spent begging on city streets at the behest of cult leaders, or as a worker bee child, caring for the many younger commune children, washing laundry and cooking meals for hundreds at a time. In her twenties, Stevens broke free in order to follow hope and a vague idea of what possibilities lay beyond. She now lives in Texas, and juggles full-time writing with full-time motherhood.

This sounds good and a welcome return for Cameron from the big sci-fi stuff he’s done.  I hope this more like ‘True Lies’ than anything.  I miss that James Cameron.  We have a long while before this comes out, but hopefully over the next few years, we will get some fun info about this.