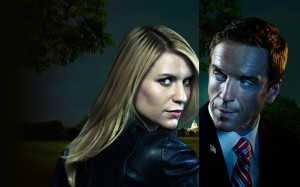 Showtime has given it’s award winning series ‘Homeland’ a third season/12 episode order.  Homeland’s season 2 premiere, which was on September 30th had 60% more viewers than the 1st season premiere.  And the series has had solid and steady ratings since it’s start.  Not too mention it sweeping awards shows.

So good news for you ‘Homeland’ fans.