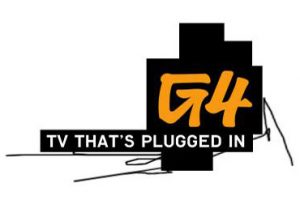 The G4 network has just announced that it has cancelled their two longest and biggest shows, ‘Attack of the Show’ and ‘X-Play’.  These shows have made almost 3000 episodes to date and will not longer be airing new ones after the end of the year.  These shows have launched a few people’s careers including Olivia Minn and Chris Hardwick.  This is sad news.  I loved these shows, as they were my goto channel for all things tech and games.  They will be missed.  Below is the official press release:

Attack of the Show! and X-Play are the longest-running and defining series for G4 through its first decade. With the shows ending production at the end of 2012, G4 is getting set to showcase the landmark series as they wind down their long runs on the network.

With upwards of 1,700 and 1,300 episodes, respectively, Attack of the Show! and X-Play defined the gamer culture for a generation of young men, and served as the launch pad for prominent personalities including Kevin Pereira, Olivia Munn, Chris Hardwick and Adam Sessler. Guests James Cameron, Ryan Reynolds, Jimmy Fallon, William Shatner, Sasha Baron Cohen and Joseph Gordon-Levitt are among the notables who got their geek on. The shows also pioneered live-from-the-floor coverage of the two most important conventions in the game culture universe: San Diego Comic-Con and E3.

Leading up to their final episodes, Attack of the Show! and X-Play will look back at their most memorable moments, important scoops, entertaining programming and appealing hosts. A rotating lineup of guest co-hosts like John Barrowman, Michael Ian Black, Josh Myers, Paul Scheer, Rob Huebel and Horatio Sanz will join AOTS hosts Candace Bailey and Sara Underwood, and X-Play hosts Morgan Webb and Blair Herter as part of the farewell shows.

“Attack of the Show! and X-Play have been important for G4, and we want to acknowledge the creative people who have helped inspire and showcase the phenomenon of gamer culture,” G4 Media General Manager Adam Stotsky said. “With more than 3,000 episodes aired between them, we have more than enough great material to honor these innovators and their amazing contributions as we bring both shows to a close.”

Attack of the Show! debuted March 28, 2005 and from the start was the ultimate male guide to everything cool and new in the world of technology, web culture, gaming and pop culture. For the next few months, AOTS will mix new segments with audience favorites, such as the iPhone extravaganza on June 29, 2007, on the eve of the debut of the first generation of Apple’s market-changing smartphone. The July 2006 premiere of the first live-from-the-floor coverage from San Diego Comic-Con will be celebrated as well. Old friends will return to join the celebration, and the show’s signature cheeky attitude and feel-for-the zeitgeist will be very much in evidence.

X-Play made its debut almost two years earlier, on April 28, 2003 (on G4’s previous incarnation: TechTV), and immediately became the go-to destination for young men seeking the latest video game news, honest reviews, hands-on demos and exclusive video game trailers and footage. The year-end celebration will take viewers back through highlights of this landmark show’s history, including its exclusive live-from-the-floor coverage of the E3 convention in Los Angeles, the most important annual gathering for the gaming community. X-Play has also established a franchise of doing an annual year-end round-up of the best in a wide range of video games, and you can be sure those will be revisited before the show signs-off for good. As with AOTS, expect old friends to return too.

Attack of the Show! and X-Play will air original episodes through the end of the year.