Check Out This Amazing Spot for ‘The Man With The Iron Fists’!!! 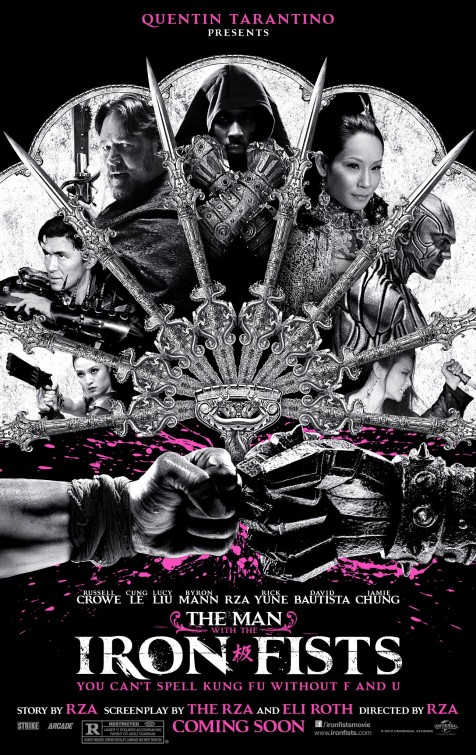 Here is a quick 40 second spot for ‘The Man With The Iron Fists’/  Russell Crowe, Lucy Liu, and Cung Le star in this badass kung fu action film, which Quentin Tarantino is presenting the film.  Also, the RZA co-wrote with Eli Roth and directed.  The film comes out November 2 of this year.  And of course, with a film like this, I can’t wait to see it.

Synopsis: “Making his debut as a big-screen director and leading man, RZA-alongside a stellar international cast led by Russell Crowe and Lucy Liu-tells the epic story of warriors, assassins and a lone outsider hero in nineteenth-century China who must unite to destroy the clan traitor who would destroy them all. Since his arrival in China’s Jungle Village, the town’s blacksmith (RZA) has been forced by radical tribal factions to create elaborate tools of destruction. When the clans’ brewing war boils over, the stranger channels an ancient energy to transform himself into a human weapon. As he fights alongside iconic heroes and against soulless villains, one man must harness this power to become savior of his adopted people.”