Guess Which Coen Bros. Film Is Becoming a Series?!?!? 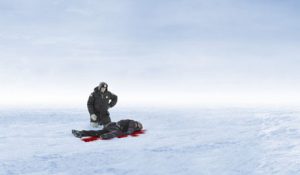 FX has just inked a deal with the Coen Bros. to bring ‘Fargo’ to series.  This will be an hour-long comedy drama loosely based on the Coen’s comedy-drama film from 1996, which won tons of awards according to Deadline.  The Coen Bros. will be executive producers and be written by Noah Hawley.

“Frances McDormand stars as Marge Gunderson, a pregnant police chief whose affable, folksy demeanor masks a whip-smart mind. When a pair of motorists are found slain not far from the corpse of a state trooper, Marge begins piecing together a case involving a pair of dopey would-be kidnappers, Carl (Steve Buscemi) and Gaear (Bergman stock player Peter Stormare). They’ve been hired by Jerry Lundegaard (William H. Macy), a car salesman under the thumb of his wealthy, overbearing boss and father-in-law, Wade (Harve Presnell). Jerry’s raised some money illegally through a petty scam he’s run on General Motors and he’s about to get caught. When Wade sours a business deal that could save his son-in-law’s hide, the desperate Jerry hires Carl and Gaear to kidnap his wife and hold her for ransom. Things go predictably wrong and a series of murders occur.”

I’m not sure how this will turn into a series, but I must say, I’m very curious to see how this pans out.  And I hope the Coen’s write and or direct at least some of the episodes and take a hands on role on this series.  I love this film, and I would hate to see it downgraded to a sub-par series.