Check Out Who Has Been Cast in Larry David’s New Comedy, ‘Clear History’!!! 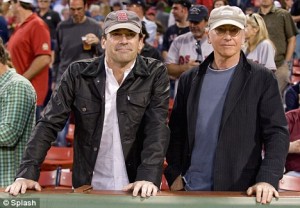 We’ve been hearing about a film Larry David is developing, and it sounds just as goof as you’d expect.  The project is titled ‘Clear History’ with Greg Mottola (Superbad) directing and executive producing. The project is expected to start shoting in the fall in Massachusetts. So far, the cast includes Larry David, Bill Hader, Jon Hamm, Danny McBride, Kate Hudson, Michael Keaton, Eva Mendesm Amy Ryan, JB Smoove, and Phillip Baker Hall.  That’s one hell of a cast.

David co-wrote the screenplay, which centers on Nathan Flomm (David), a former marketing executive at a start-up electric car company who, after losing a fortune due to a petty argument with his boss, is publicly humiliated for walking away from his 10% of a company now worth billions. Ten years later, his marriage over and reputation ruined, Nathan has changed his identity and lives a simple life on a small island off the coast of Massachusetts under the new name of Rolly DaVore. But when his former boss (Hamm) shows up to renovate his summer mansion, Nathan vows to seek his revenge and drive his nemesis off the island.