Two of Stanley Kubrick’s Un-Developed Scripts Will Finally See The Light of Day!!! 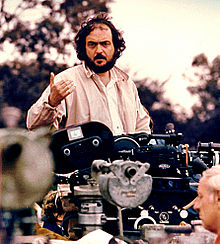 Good news, everyone.  Entertainment One is partnering up with a couple of producers to develop two of Stanley Kubrick’s never-before-used screenplays.  Those screenplays are ‘Downslope’ and ‘God Fearing Man’.  It’s as if Kubrick is still making movies from the grave.  At least I hope they find someone to mimic his vision, but I’m sure that will never happen.  But any Kubrick is good.

‘Downslope’ was written by Stanley Kubrick and based on a true story by Civil War historian Shelby Foote.  This will be a TV movie of an epic Civil War drama following the activities of Confederate Army Colonel John S. Mosby and his plot to settle the score after Custer captures and hangs several of his men.

‘God Fearing Man’ will be the mini-series and was also written by Kubrick, but adapted by Stephen R. Clarke.  I think ‘God Fearing Man’ was going to be a feature film, if Kubrick ever got around to it.  ‘God Fearing Man’ tells the true story of Canadian minister Herbert Emerson Wilson who became one of the best safe-crackers and most successful bank robbers in America in the early 20thcentury.

‘Downslope’ was originally intended to be a $100 million dollar feature film, where ‘God Fearing Man’ is being budgeted at around $12 million.  This is good news.  I can’t wait to see more of Kubrick’s projects developed.