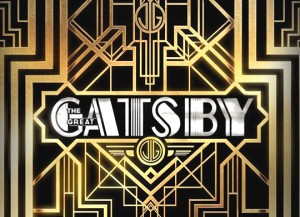 In making the announcement, Fellman stated, “Based on what we’ve seen, Baz Luhrmann’s incredible work is all we anticipated and so much more. It truly brings Fitzgerald’s American classic to life in a completely immersive, visually stunning and exciting way. We think moviegoers of all ages are going to embrace it, and it makes sense to ensure this unique film reaches the largest audience possible.”
Kwan Vandenberg confirmed, “Baz is known for being innovative, but with this film he has done something completely unexpected—making it in 3D—while capturing the emotion, the intimacy, the power and the spectacle of the time. The responses we’ve had to some of the early sneak peeks have been phenomenal, and we think ‘The Great Gatsby’ will be the perfect summer movie around the world.”

From the uniquely imaginative mind of writer/producer/director Baz Luhrmann comes the new big screen adaptation of F. Scott Fitzgerald’s novel The Great Gatsby. The filmmaker has created his own distinctive visual interpretation of the classic story, bringing the period to life in a way that has never been seen before, in a film starring Leonardo DiCaprio in the title role.