The Film ‘Eden’ Get’s Distribution in the USA!!! 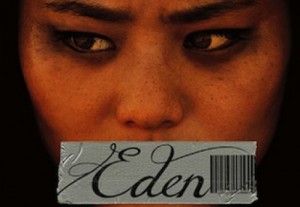 Berry Meyerowitz, President & CEO of Phase 4 Films, announced today that the company has acquired all North American rights to director Megan Griffiths’ drama EDEN. Griffiths and Richard B. Phillips Jr. wrote the screenplay for the project based on a true story by Chong Kim and Phillips. Jamie Chung (PREMIUM RUSH with Joseph Gordon Levitt, upcoming MAN WITH THE IRON FISTS with Russell Crowe), Beau Bridges (THE DESCENDANTS) and Matt O’Leary (upcoming THE LONE RANGER with Johnny Depp) star in the film, which was produced by Colin Harper Plank and Jacob Mosler through Plank’s Centripetal Films. EDEN made its world premiere at the 2012 SXSW Film Festival, where it won the Audience Award for Best Narrative Feature and the Emergent Narrative Woman Director Award for director Griffiths. The film also played at the 2012 Seattle International Film Festival, where Chung won the Golden Space Needle Award for Best Actress. Phase 4 is planning an early 2013 theatrical release for the film.

In 1994, Korean-American teenager,Hyun Jae, went to a bar in New Mexico where a handsome young man posing as a firefighter offered her a ride home. She was abducted and smuggled into LasVegas where she was imprisoned as a sex slave for two years. During her captivity, Hyun Jae (dubbed Eden by her captors) ensured her own survival by steadily carving out power and influence within the very organization that imprisoned her. Inspired by the complex and harrowing true story of human trafficking survivor Chong Kim, EDEN peers into the darkest corners of America and attempts to discover the humanity within.

Said Meyerowitz: “Megan Griffiths has created a superbly poignant and edgy film that is sure to move audiences. We are thrilled to come on board with a project that has such a powerful story and exceptional performances.”

“I’m beyond thrilled that Phase 4 will be releasing EDEN,” noted Griffiths. “We’ve experienced such an incredibly powerful response to the film on the festival circuit and I’m very excited for it to reach a wider audience.”