Johnny Depp and Natalie Maines Will Head to Toronto for a Q&A for the ‘West Memphis Three’!!! 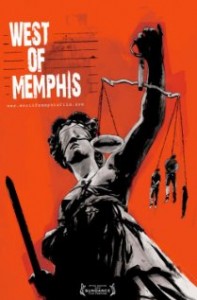 Amy Berg’s ‘West of Memphis’ documentary was one of the highlights of the recent Sundance Film Festival.  Now, it is headed to the Toronto Film Festival with Johnny Depp and Natalie Maines of the Dixie Chicks headed there to promote  and do a Q&A.  Depp and Maines along with Peter Jackson and Fran Walsh have been huge contributors  and supporters to the freedom of Damien Echols, Jason Baldwin and Jessie Misskelley Jr.

The film centers on the private investigators and forensic testing financed by Jackson and Walsh.  It has been one year since the three guys have been freed, however supporters are still trying to get an outright exoneration from the state of Arkansas, because Arkansas made the three guys take the Alford plea.  The Alford plea made the three guys plead guilty while denying they committed the crime.  This was so that Arkansas wouldn’t have to shell out money in lawsuits for 20 years of wrongful imprisonment.

Sony will release the documentary, which I can’t wait to see.