Jodi Foster Will Direct a Mafia Series For Showtime!!! 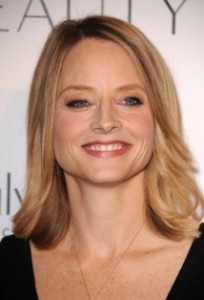 I wouldn’t have guessed I would be writing this story today, but Jodi Foster will be getting behind the camera to direct ‘Angie’s Body’, a mafia drama project at Showtime.  The project will center around a shrewd, sexy and, when necessary, lethal woman who runs a family-based crime syndicate.  The project will be written by Rob Fresco of ‘Heroes’ and ‘Jericho’ fame according to Deadline.

Foster directed ‘Little Man Tate’, ‘Home for The Holidays’, and the recent film ‘The Beaver’, which starred Mel Gibson.  I loved ‘The Beaver’, and have complete faith in her directing ability.  Maybe she had such a fun time on the set of ‘The Brave One’, that she is going to make her own female badass story.  Looking forward to this one.