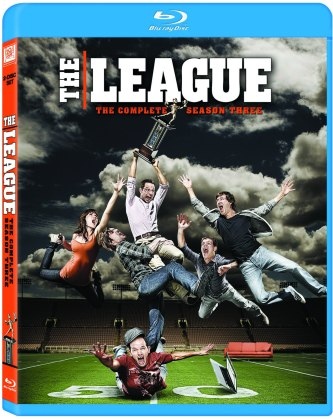 The third season of ‘The League is releasing October 9th.  That’s the same day as ‘It’s Always Sunny in Philadelphia’s’ 7th season release.  This was a great season and can’t wait to have it finally on home video. To be a fan of The League, you don’t need to know much about fantasy football, or sports at all. You just need to have friends that you hate. The ensemble comedy follows a group of old friends in a fantasy football league who care deeply about one another – so deeply that they use every opportunity to make each other’s lives miserable.