Peter Jackson Confirms ‘The Hobbit’ Will be Three Films!!! 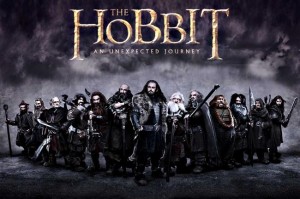 Peter Jackson just confirmed the he will split ‘The Hobbit’ into three films, just like he did with his ‘Lord of the Rings’ trilogy.  The third film will be released in the summer of 2014.  Jackson talked a little bit about this at Comic-Con recently, but nothing was final.  Jackson explained that he had “a wealth of storytelling that came from 125 pages of appendices that JRR Tolkien included in a later publication of ‘Return of the King’.

So, much like the ‘Lord of the Rings’ films, each year, starting this year, we will have a new ‘Hobbit’ film, for the next three years.  And I anticipate it will be the same schedule for blu-ray releases as was for the ‘Lord of the Rings’ DVD’s.  Meaning that a few months after the theatrical release, we will get a blu-ray release containing the film and a couple of extras.  Then maybe a month or so before the new film comes out in theaters, we will get the ultimate edition release containing many hors of extras and commentaries, plus a sneak peak at the next film.  It’s a genius system.

Plus, I’m perfectly cool with getting three ‘Hobbit’ movies.