Kenny Powers Will Return for a 4th Season of ‘Eastbound and Down’ for HBO!!! 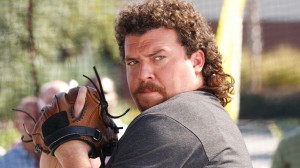 HBO just confirmed earlier this evening that it has ordered 8 new episodes for one of the funniest shows around.  I’m of course talking about ‘Eastbound and Down’.  The third season ended this past April, and seemed to be the series ender, but still left it a bit open ended so they could come back to it and tell more tales of Kenny Powers.

It features McBride as a former Major League Baseball pitcher living in Shelby County, North Carolina. Fate brought him close to reclaiming his former glory, both on the field and in the sack with his high school sweetheart April, but the comeback eluded him. He ended up abandoning April at a convenience store and hitting the road to start a new life – as a cockfighter in Mexico. McBride’s character Kenny Powers was back in the states in Season 3, facing challenges as a single parent with a baby.

As long as Stevie is in the show, I think it will be a home-run like always.  What do you folks think?  More Kenny Powers?