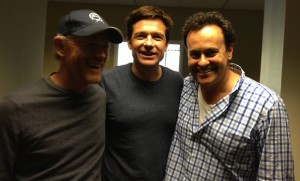 We have been wanting it and begging for it for a long time.  (That sounds something like Tobias would say.)  And we already know that Netflix has ordered ten new episodes of ‘Arrested Development’ for some time now.  We also have heard talks about a theatrical film as well.  Meanwhile, all we here is that it’s happening.

Well finally, Jason Bateman took to his twitter account and posted a cool photo of himself with Mitch Hurwitz and Ron Howard and said, “AD mission control, ‘Arrested Development’ will begin shooting in a month.” He went on to say, “All systems are go. Filming for the new episodes starts in four weeks. Woo!”

Then Ron Howard tweeted, “IT’S ALIVE. This is what the writer’s room looks like.” 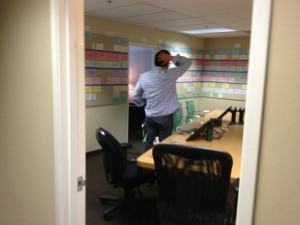 It will be here sooner than later.  I can’t wait.