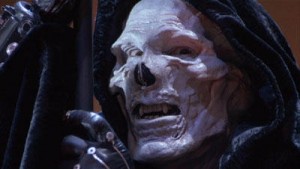 Yes, there is going to be a live action remake of ‘Masters of the Universe’.  No, I’m not excited about it.  The signature toy series and beloved cartoon are making its way to the big screen again for Sony.  Alex Litvak and Mike Finch have penned the script which was titled ‘Grayskull’, but since they turned the script in, the title has gone back to ‘Masters of the Universe’.  Personally, ‘Grayskull’ is a better title.

Litvak wrote the recent ‘Three Musketeers’ film, while Finch wrote ‘Exclusively Yours’.  Supposedly the studios were so impressed by their script of ‘Grayskull’, they gave this project the go-ahead.  I can’t imagine this script is anything to write home about.  But the real reason I am not happy about this is that the studio is negotiating with director Jon M. Chu to make this cult and childhood favorite.

I take it most of you don’t know who Jon M. Chu is.  Let me enlighten you.  Chu directed the following films.

Justin Bieber: Never Say Never
Step Up 3D
Step Up 2: The Streets
and the upcoming G.I. Joe: Retaliation film.
Have the execs at SONY lost their minds?
I am really quite fond of the original ‘Masters of the Universe’ film from 1987 that starred Dolph Lungdren as He-Man and Frank Langella as Skeletor.  Yes, it was cheesy in places, but it actually all worked.  There was some very cool stuff in there.  I have no doubt this remake will be terrible beyond all knowledge.  I wish there was a different director out there to take care of this project.
So the question is, who do you want to see play He-Man and Skeletor? 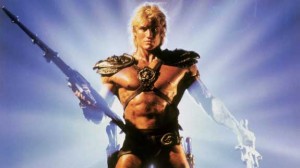