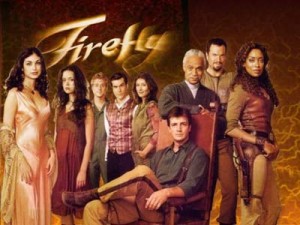 Browncoats unite!  ‘Firefly’ is getting an all new television special.  To celebrate its 10th anniversary, The Science Channel is shooting a one hour special that chronicles the entire Firefly cast at this week’s San Diego Comic-Con.  The special episode which is called ‘Browncoats Unite’ will show footage of the cast at their Comic-Con panel this week and show an in depth behind the scenes roundtable interview with Joss Whedon and your favorite characters according to EW.

“Firefly is a landmark work of science fiction and a favorite with our viewers,” said Debbie Myers, general manager and executive vp of Science. “Ever since it premiered on Science, fans have asked us to do something special to mark its 10-year anniversary. With this signature celebration, punctuated by Browncoats Unite, we will connect the minds behind this classic franchise with its legions of passionate fans.”

In addition to Whedon and Fillion, Friday’s 12:30 p.m. Comic-Con panel will feature Alan Tudyk, Summer Glau, Adam Baldwin, Sean Maher, showrunner Tim Minear, and writer Jose Molina. Let’s hope this receives tons of ratings so we can campaign again for a new season. ‘Browncoats’ Unite will air on Science, along with an all-day marathon of Firefly episodes, on Sunday, Nov. 11. 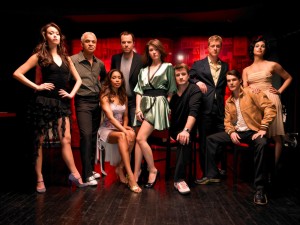