FedMex Gives Us His Thoughts on ‘The Dark Knight Rises’!!! 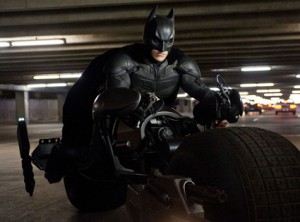 So Christopher Nolan has finally completed his Batman Trilogy, and yes, you’ve heard correctly, it is quite likely one of the best trilogies ever made. It’s up to Star Wars levels of good, and let me tell you why.Christopher Nolan gave us three films, an origin story, a suspenseful thriller, and an EPIC conclusion.  It’s very difficult to write this without going into spoilers, but here’s what I can safely say without giving anything away.

The acting is beyond top notch.  Christian Bale, even though he still uses his ultra rough Batman voice, shows us a new Dark Knight; a man who lives only as the memory of a legend, and who needs personal redemption to truly find who he is.  Anne Hathaway has proved once again that she can do anything and everything, including totally owning the Catwoman role.

Nolan brings so many new elements into this film, as well as makes some wonderful nods at the comic book mythos to much fanboy satisfaction.  For the non-fanboys, Nolan delivers not a standalone film, but a continuation of the previous two films (it’s really fun to watch “Batman Begins” and The Dark Knight” before walking into “Rises”) that really feels like you are traveling alongside the story-teller and are now intimately involved with the Dark Knight himself and his future.

As for the non-story aspects of the film that I can talk about, the atmosphere is tense, albeit all done in daylight, the visuals are phenomenal, even with minimal CGI, the music is completely brooding, the villain is terrifying, the story unfolds beautifully.

One thought on “FedMex Gives Us His Thoughts on ‘The Dark Knight Rises’!!!”