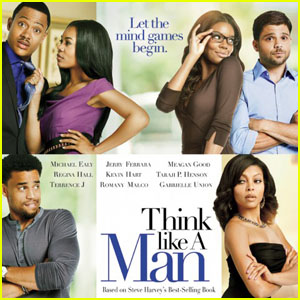 Sony Screen Gems officially announced a sequel to the hit film ‘Think Like A Man’.  The studio hired the same writers (Keith Merryman and David A. Newman) to pen the sequel according to the LA Times.  It makes sense to make the sequel after the first film grossed over $91 million which makes it one of the most successful comedies of the year so far.

I’m sure the studio is working hard to land Kevin Hart back in the sequel, but Hart is big time right now and is receiving tons of offers for big epic films.  So I imagine Hart’s price has gone up.  But, if Sony can’t make a deal with Hart, I can’t imagine the sequel will be any good.  Hart was the best part of ‘Think Like A Man’.  He was a comedic genius in that film.  I’m sure in the coming weeks, we will be updated if the same director and all of the actors will reprise their roles.  But, I’m happy this is getting a sequel.