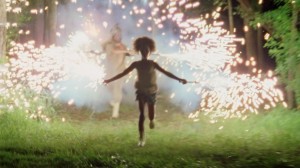 Film Independent, the non-profit arts organization that produces the Los Angeles Film Festival and the Spirit Awards, announced the jury and audience award winners for the 2012 Festival The LA Film Fest ran from Thursday, June 14 to Sunday, June 24 in downtown Los Angeles. The two top juried awards are the Narrative Award and Documentary Award, each carrying an unrestricted $15,000 cash prize funded by Film Independent, for the winning film’s director. The Narrative Award recognizes the finest narrative film in competition at the Festival and went to Pocas Pascoal for the North American Premiere of All is Well, with an Honorable Mention going to Dominga Sotomayor’sThursday Till Sunday. The Documentary Award recognizes the finest documentary film in competition at the Festival and went to Everardo González for the U.S. Premiere ofDrought. The award for Best Performance in the Narrative Competition went toWendell Pierce, Emory Cohen, E.J. Bonilla and Aja Naomi King for their performances in the World Premiere of Joshua Sanchez’s Four. The LA Film Fest also awarded an unrestricted $5,000 cash prize to each short film category.

Awards were given out in the following categories: