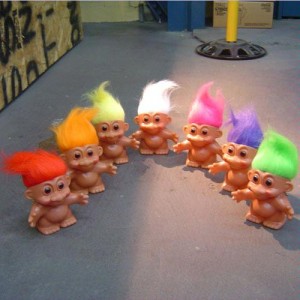 Jason Schwartzman was just offered the lead male voice role in an upcoming DreamWorks animation film called ‘Trolls’.  Schwartzman will take on the role of Masklin and joins Chloe Moretz as she has been cast as the female lead according to Deadline.  Sadly this is not a ‘Troll 2’ remake.  Although, I think that secretly should happen some day soon.  However, this is a new animated feature that revolves around those 80’s/90’s troll dolls.  You know, the ones with the big puffy hair that became huge collectors back in those days.

Right now, I can’t even fathom a film on that subject, but hopefully DreamWorks will take their cue from Pixar and their ‘Toy Story’ franchise and mkae a great film.  It’s already got a great cast so far.  I guess I have to break out those Good Luck Trolls from storage and display them again.  Siiiiigh!