The Lifetime Channel is Getting Into the Hannibal Lecter Business!!! 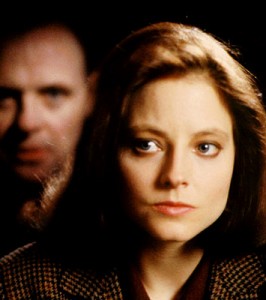 Coming from way out of left-field, the Lifetime channel is working on a project called ‘Clarice’ a drama thriller based on Clarice Starling from ‘Silence of the Lambs’.  Jodie Foster originally played Clarice in the film and won the Oscar for Best Actress.  ‘Clarice’ would follow the exploits of a young Clarice Starling soon after she graduates from the FBI academy.

This is not the only ‘Silence of the Lambs’ project in the works for television.  NBC is working on a 13 episode series titled, ‘Hannibal’ which will be more about Lecter himself and his relationship with FBI criminal profiler, Will Graham.  This project won’t include the Clarice character.  With all of these Hannibal projects, will we get Anthony Hopkins to reprise his scary role as Lecter once again on the big screen?  Time will tell.