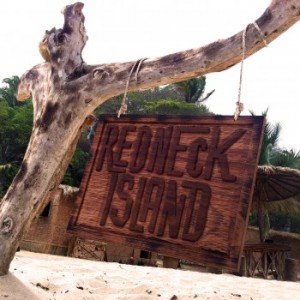 Former WWE Champion, Stone Cold Steve Austin has just signed on to host a new reality series entitled, ‘Redneck Island’.  The new series which will consist of ten episodes of its first season will drop 12 blue-collared contestants into a tropical paradise where they will compete for $100,000.  Austin will also “oversee a cast of characters who attempt to survive hilarious and unpredictable challenges in unique redneck fashion” for the series.

The series will debut next month and promises to be just as terrible as other reality series.  Only this time, with  a red neck flare.  I can only see this being somewhat decent, if Stone Cold just goes insane and gives every last contestant the stone cold stunner – then show over.  Of course, that’s just my opinion.