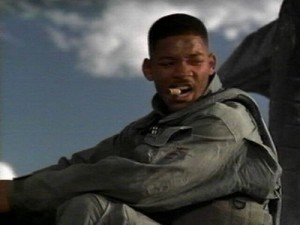 Twentieth Century Fox announced today some major additions to its 2013-14 release slate, along with some date changes.On the heels of the $344 million worldwide success of TITANIC 3D, the studio and director Roland Emmerich, in conjunction with Stereo 3D, which did the work on TITANIC, will produce a top quality 3D version of the iconic INDEPENDENCE DAY. ID4 3D will be released worldwide on July 3, 2013.

The studio also staked its 2014 summer with three giant tentpoles. First up, Fox, together with Disney and Dreamworks, has shifted the release of Steven Spielberg’s epic ROBOPOCALYPSE to go worldwide on April 25, 2014, the same weekend that “Avengers” was released internationally this year. Disney distributes domestically. (ID4 3D now occupies its former release date.)

And on July 18, 2014, Fox releases worldwide the third of its summer tentpoles, the currently untitled X-MEN, to be directed by Matthew Vaughn.

Also for Christmas, the studio will shift WALKING WITH DINOSAURS from October 11 to December 20, 2013. The film is based on the massively successful TV series and live show, which has grossed more than $250 million in box office worldwide.
‪‪
‪‪Other 2013 dates include the following: PERCY JACKSON: SEA OF MONSTERS, based on Rick Riordan’s publishing phenomenon, goes out August 16, 2013, moving from March 15. And Fox earlier announced that Beyoncé Knowles would headline the voice cast of EPIC, in theaters May 24, 2013, from the makers of “Ice Age” and “Rio.” The film was previously known as “Leafmen.” Also joining the cast are Josh Hutcherson, Amanda Seyfried, Johnny Knoxville, Aziz Ansari, Jason Sudeikis, Steven Tyler, Blake Anderson and Judah Friedlander. ‪‪

Well, I’m excited for the Apes sequel and the new Paul Feig film, but re-releasing ID4  again is ridiculous.  Is this Hollywood’s latest trend?  Not even remaking movies anymore, but just converting them to 3D?  Fucking lazy.  Just stop.