Dave Grohl Is Getting Behind the Camera to Direct ‘Sound City’!!! 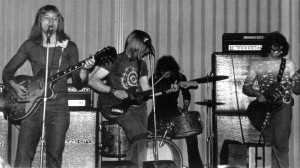 Grohl is no stranger to the music scene.  He is the Foo Fighters frontman and the former drummer for Nirvana.  He has also recorded a ‘Sound City’.  Grohl said, “Documenting a personal journey beginning 20 years ago that culminates in a full circle musical reunion.  ‘Sound City’ is film about the truth, the craft and the integrity of rock and roll.”  So are we to expect a big reunion concert in the vein of ‘We are the World’ at the end of this documentary?

Some of the bands that have recorded at ‘Sound City’ are: Nirvana, Neil Young, Fleetwood Mac, Tom Petty, Cheap Trick, Guns and Roses, and many others according to Deadline.  As long as Jack White is in the film, I’ll be happy.