Check Out the Trailers for CW’s New Series, ‘Green Arrow’ and ‘Beauty and the Beast’!!! 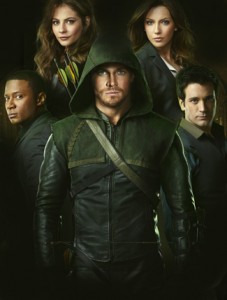 The CW has an interesting new slate of original series coming to their network this year.  Two of those are a re-imagining of ‘Beauty and the Beast’, and the other is based on the superhero ‘Green Arrow’.  Below are a few clips of the new shows.  What’s your opinion?

After a violent shipwreck, billionaire playboy Oliver Queen was missing and presumed dead for five years before being discovered alive on a remote island in the Pacific. When he returns home to Starling City, his devoted mother Moira, much-beloved sister Thea, and best friend Tommy welcome him home, but they sense Oliver has been changed by his ordeal on the island. While Oliver hides the truth about the man he’s become, he desperately wants to make amends for the actions he took as the boy he was. Most particularly, he seeks reconciliation with his former girlfriend, Laurel Lance. As Oliver reconnects with those closest to him, he secretly creates the persona of Arrow – a vigilante – to right the wrongs of his family, fight the ills of society, and restore Starling City to its former glory. By day, Oliver plays the role of a wealthy, carefree and careless philanderer he used to be – flanked by his devoted chauffeur/bodyguard, John Diggle – while carefully concealing the secret identity he turns to under cover of darkness. However, Laurel’s father, Detective Quentin Lance, is determined to arrest the vigilante operating in his city. Meanwhile, Oliver’s own mother, Moira, knows much more about the deadly shipwreck than she has let on – and is more ruthless than he could ever imagine.

Beauty and the Beast

Detective Catherine Chandler is a smart, no-nonsense homicide detective. When she was a teenager, Catherine witnessed the murder of her mother at the hands of two gunmen. Catherine would have been killed too, but someone – or something – saved her. No one has ever believed her, but she knows it wasn’t an animal that attacked the assassins…it was human. Years have passed, and Catherine is a strong, confident, capable police officer, working alongside her equally talented partner, Tess. While investigating a murder, Catherine discovers a clue that leads her to a handsome doctor named Vincent Keller, who was reportedly killed by enemy fire while serving in Afghanistan in 2002. Catherine learns that Vincent is actually still alive and that it was he who saved her many years before. For mysterious reasons that have forced him to live outside of traditional society, Vincent has been in hiding for the past 10 years to guard his secret – when he is enraged, he becomes a terrifying beast, unable to control his super-strength and heightened senses. Catherine agrees to protect his identity in return for any insight he may have into her mother’s murder. Thus begins a complex relationship between Catherine and Vincent, who are powerfully drawn to each other yet understand that their connection is extremely dangerous for both of them.

The series stars Kristin Kreuk (“Smallville,” “Chuck”) as Catherine, Jay Ryan (“Terra Nova”) as Vincent, Max Brown (“The Tudors,” “MI-5”) as Evan, Nina Lisandrello (“Nurse Jackie”) as Tess, Nicole Gale Anderson (“Make It or Break It”) as Heather, Austin Basis (“Life Unexpected”) as J.T., and Brian White (“The Shield,” “The Cabin in the Woods”) as Joe.